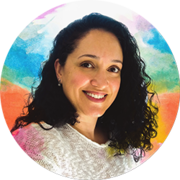 This Pavlova is a traditional New Zealand Christmas dessert, and it is also my favourite! It was named in honour of the Russian ballerina, Anna Pavlova. And one hotel Chef in 1929 in Wellington, New Zealand who was inspired by the touring ballerina and created a dish with clouds of meringue to mimic her tutu and kiwifruit slices were copying the green roses that were into her costume. I hope you like it!